The Grassy property is located 24 km north of Stewart B.C. in the Skeena Mining Division. It lies 6 km north of the former Premier gold mine. The   property contains approximately 830.20 hectares in 2 separate claims which are owned 100% by Decade Resources Ltd.

The area is underlain by Hazelton Group rocks of the Lower Jurassic Betty Creek Formation and Lower to Middle Jurassic Mount Dilworth Formation overlain by the Middle Jurassic Salmon River Formation. The bulk of property’s mineralization is located in four areas that have been explored in the past. These areas include the Start, Bush, Lakeshore and Rama showings.

Mineralization on the Grassy property is of epithermal, low sulphidation type hosted in felsic pyroclastics of the Mount Dilworth Formation. Mineralization generally consists of coarse grained pyrite, sphalerite, galena and chalcopyrite in vuggy quartz-carbonate breccia veins.  Faulting is conspicuous in the area. The prevailing orientation of mineralized structures is NWSE. The most prominent NW-SE mineralized structure hosts Rama vein as well as zone of brecciation and silicification exposed in one of the Bush trenches just west of Monitor Lake. The structure most likely extend NW under the Slate Mountain hosting mineralization exposed by Start adits.  The total length of this major structure is at least 2.0 km. The neighbouring historic deposit of Premier-Silbak has been interpreted to be at least partly confined to the upper levels of the Unuk River Formation. Published data indicates that the Premier gold mine produced 2.3 million oz gold and 50 million oz silver over its production life. Recent work on the adjoining Premier mine indicates a possible return to production as per Ascot Resource (owner of the Premier property) press releases.

Drill Hole GN-2011-2 tested the historic Lakeshore showing which contains a quartz breccia vein, striking 300 degrees and dipping 35 degrees southwest, containing pyrite, galena, tetrahedrite and minor sphalerite and chalcopyrite. A historic chip sample from the trench assayed 270.2 grams per tonne silver, 0.1 gram per tonne gold, 3.4 per cent zinc, 3.5 per cent lead, 1.1 per cent copper and 0.08 per cent cadmium across 1.5 metres. Drilling intersected a narrow quartz breccia zone with minor pyrite in the projected down dip extension of the Lakeshore zone. The drill hole did intersect 1, 56 g/t gold over 3.05 metres within a strong quartz stockwork containing minor pyrite and low silver and base metal values. 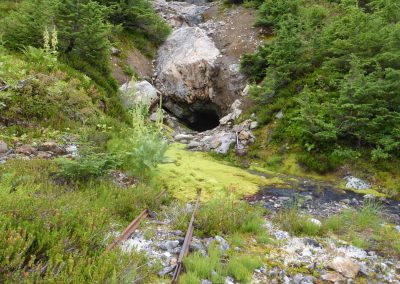 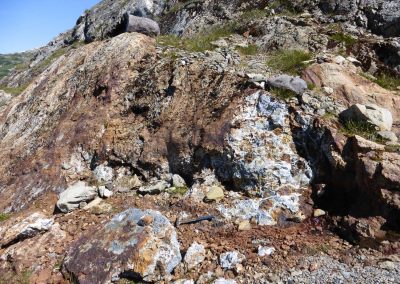 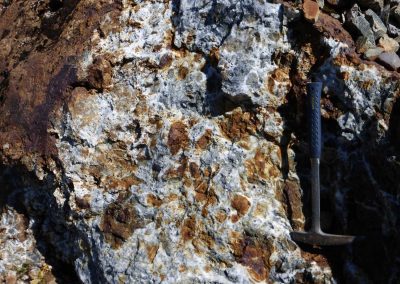 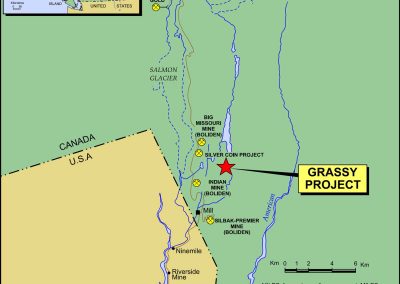 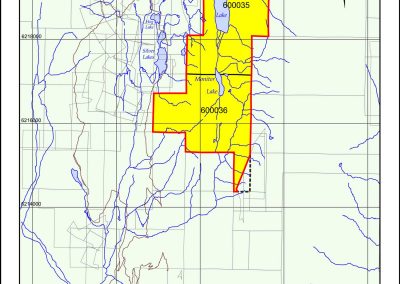 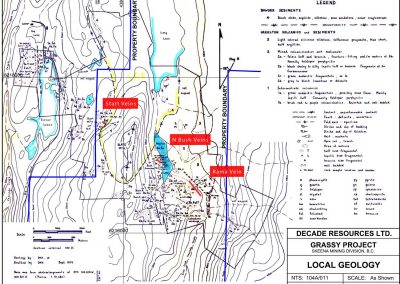 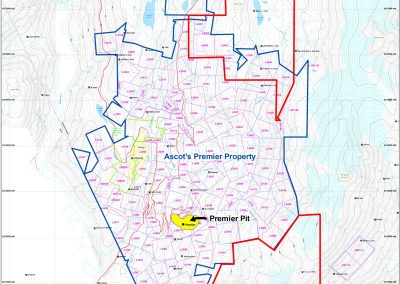