The Goat property is located about 34 kilometers northeast of Stewart, British Columbia in the Skeena Mining Division. It covers a series of fault related quartz veins in an area of Jurassic Hazelton pyroclastic volcanic rocks and Cretaceous Bowser Lake sedimentary rocks. The claims also follow the contact zone between the Mt Dilworth rhyolite and overlying Salmon River sedimentary formations, a similar stratigraphic sequence as that hosting the Eskay Creek deposit and the BA mineralization being explored approximately 8 km to the south of the property.

The property consists of 8 claims totaling 1210.40 hectares in the Golden Triangle district of British Columbia owned 100 % by the Company.

The claims cover the Goat Deposit, which consists of a parallel series of polymetallic silver – gold-zinc-lead veins that are crudely laminated sulphide-quartz-siderite veins with massive sphalerite and disseminated to massive arsenopyrite, pyrite, tetrahedrite, freibergite and minor galena. The Goat Deposit was a historic producer during the late 1970’s with reported production of about 4,159 tonnes of ore with an average grade of 563 grams per tonne (g/t) silver, 1.72 g/t gold and 1.65 per cent (%) zinc with minor lead and copper from 3,186 tonnes of milled ore.

Previous work by Decade conducted during 2011, 2016 and 2017 was primarily focused on exploration for Kuroko type VMS deposits along the northern and western part of the property. Several different mineralization types were indicated from this work.

In the 2019 geochemical program, a total of 159 float and bedrock samples were collected. Sampling was carried out along moraines and valley bottoms in an attempt to locate the source of the Kuroko type mineralization. Sampling also tested for gold – silver mineralization in float rocks below the North mineral showing. Samples were taken of any pyritiferous, manganese stained or sulphide bearing bedrock or float boulders. Sampling indicated values ranging from <5 ppb to 5.82 g/t gold, <0.2 to 1270 g/t silver, < 1 ppm to 2.51 % copper, <2 ppm to 6.51 % lead and 27ppm to 10 % zinc.

Highlights of the sampling include;

GNK-12A is boulder with fragments of sulphide in a mudstone matrix indicating a formation close to the vent area. It is distinctive in that it had no apparent iron staining on the outside. Polished sections of the rock show fine disseminated galena as well as clasts of sphalerite. Sample A19-123 has bedded base metal sulphides, namely sphalerite and minor galena.

Work during 2020 will extend the molybdenite showing and continue to explore for the source of high grade silver float on the property. 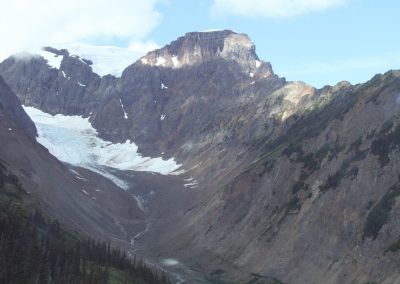 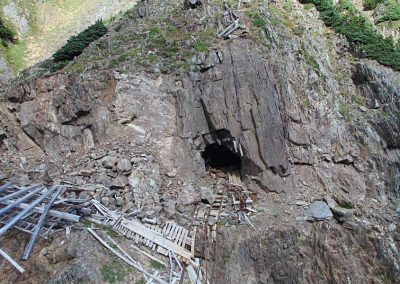 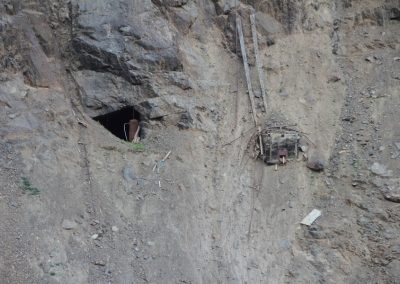 Photo showing underground workings with a compressor in opening. Ore bin for truck load at bottom of rails. 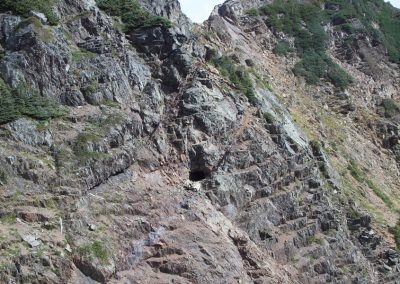 Top adit along one of several vein systems being mined. 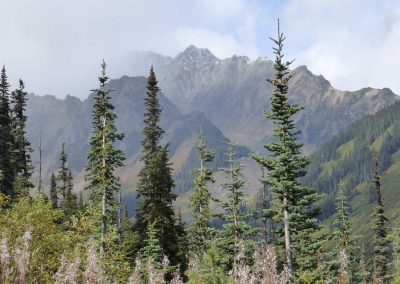 View of both the bottom portions of South and North goat Glacier valleys. 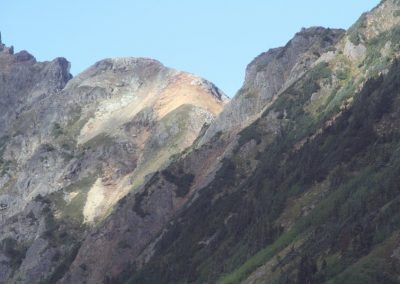 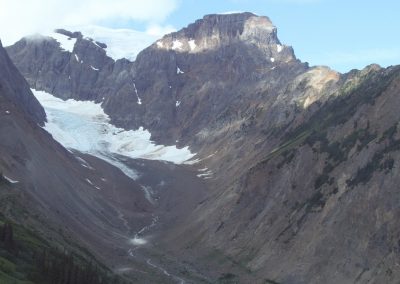 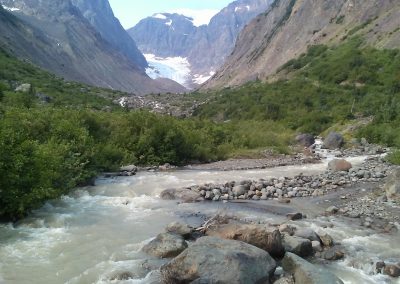 View of old mine road on right side of South Goat Glacier valley. 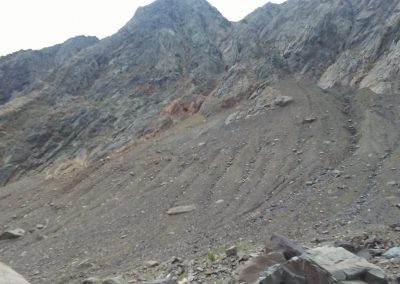 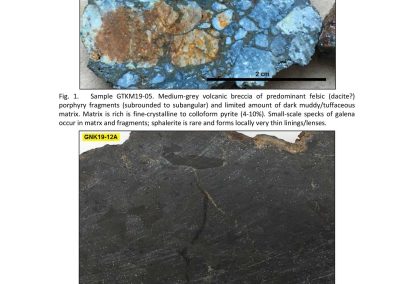 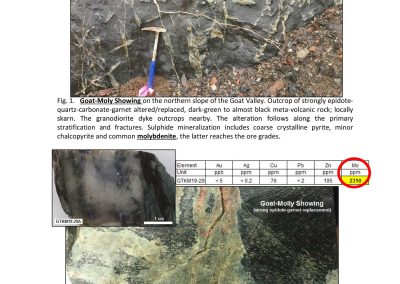 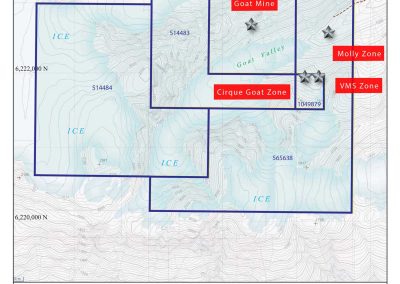 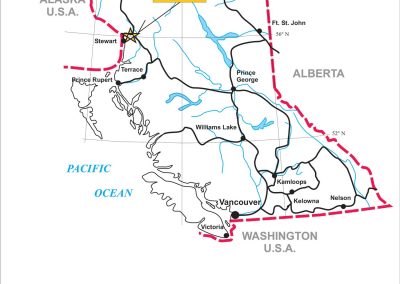 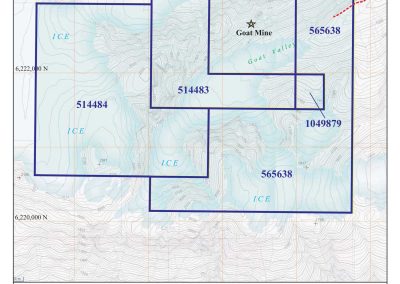